“Saman at Gayo Lues is a normal thing, however, what if other Saman groups come to the village of Jawara to become champions”

One of the forms of gratitude for the Aceh Government in addressing the determination of Saman as a cultural heritage that does not belong to the world by UNIESCO is outlined in the activities of the Saman festival in Gayo Lues in 2019. The Saman dance is not just art, but it implies a philosophical culture. while outside Gayo Lues, saman tends to be known as a type of dance, for that reason, the Aceh Government, in this case the Aceh Culture and Tourism Office, presents groups outside of Gayo Lues as contestants who later they will feel and witness how Saman interacts socio-cultural with the Gayo Lues community, so that it is able to become part of the social structure of the community.

With the theme “Radiating the Light of Aceh through Cultural Arts” the Saman Festival supported by the Ministry of Tourism, Ministry of Education and Culture and the Tourism Office of Gayo Lues Regency took place in the Thousand Hills Square of Bebesen Sub-district, Blangkejeren City on 18 to 21 August 2019 and the plan will be opened by the Acting The Governor of Aceh, Ir. Nova Iriansyah on August 19, 2019.

Besides the Saman Contest, the Saman Festival event which is also part of a series of social events, was also filled with educational activities in its implementation to get to know Gayo Lues culture, one of which was the Saman seminar that was initiated by BPNB in ​​the Aceh region. and North Sumatra.

Besides that, at the opening of the event which will take place on August 19, 2019 there will be a Ratoh Jaroe mass dance performance which is coupled with Saman’s performance. This is intended not only to increase dramatic. The event also has the aim of rectifying the erroneous paradigm of Ratoh Jaroe as Saman.

“Ratoh Jaroe is an art of creation while Saman is recognized as a world-owned intangible cultural heritage by UNESCO, not only a traditional art but for the people of Gayo Lues, Saman is Culture” Strictly Suburhan, Acting Secretary of the Aceh Culture and Tourism Office.

In addition to a number of regional artists from Gayo Lues, the Saman Festival which is one of the events listed as Indonesia’s 100 Top Events and became Aceh’s 3 Top Event was also enlivened by several Acehnese Artists, and closed with a Rialdoni performance on 21 August 2019.
City district participants as well as independent groups will fight with a duration of 10-15 minutes to compete for prizes with a total of 73 million rupiah and come out as a group that has pride and is witnessed directly by the Saman community.

Aceh’s Head of Culture and Tourism Office, Jamaluddin, SE., M.Si, Ak, Proudly invited the entire world community of culture lovers and exotic natural nuances to be present at the Saman Festival in the Gayo Lues Plateau and feel the sensation of champions by having Saman as an art a culture full of philosophical values. 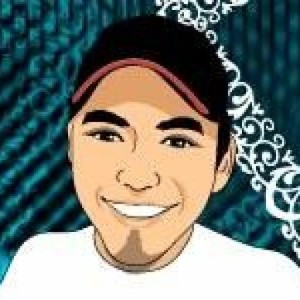